Edwin the Robot from the Torsobear series, which is live on Kickstarter [here].

Watercolor and ink with dip pen on bristol board

Poetry and illustration reflecting on the various negative things happening around the world.

Watermelon themed piece to celebrate the beginning of summer.

Piece inspired by the origin myth of the Vietnamese people: the result of the relationship between a fairy and a dragon.

Watercolor and brushpen in a BookBlock sketchbook.

Illustration of Wonder Woman with a slightly altered costume.

An upcoming character from the Capule project.

A contribution to the 'Grimes: Artangels fanzine' [x] inspired by 'flesh without blood/life in the vivid dream'.

A contribution to the 'Grimes: Artangels fanzine' [x] based on the song 'Venus Fly'

Colored pencils on a5 bristol board.

Florence + The Machine illustration based on the 'So Big, So Blue, So Beautiful' album.

Illustration created shorted after the first color images of Pluto were released with 'Pluto' from the Sailor Moon Series.

Illustration for Drink and Draw [x] at the Herbert Art Gallery & Museum, Coventry.

Illustration for a fundraiser, based on the Spanish Moon Moth.

Watercolor, colored pencils, ink and dip pen and brush on A5 watercolor paper.

Illustration for a fundraiser, inspired by the traditional tale of the Little Mermaid..

Watercolor and ink on A3 watercolor paper.

A private commission on the idea of a 'mouse ninja'.

Book cover design originally designed for a collection of ghost stories. The design was used for my custom BookBlock sketchbook.

Theatre poster design for the play 'Doctor Faustus', which can be paired with the 'Midsummer Night's Dream' design.

Theatre poster design for the play 'A Midsummer Night's Dream', which can be paired with the 'Doctor Faustus' design.

La Muerte from 'The Book of Life'.

Watercolor and colored pencils on A6 watercolor paper.

Illustration for a self-initiated zine with the prompt of 'Disintegration'.

Traditional ink with a dip pen and digital colors.

Concept piece on the theme of 'Steampunk Treehouse', which I put an underwater spin on. 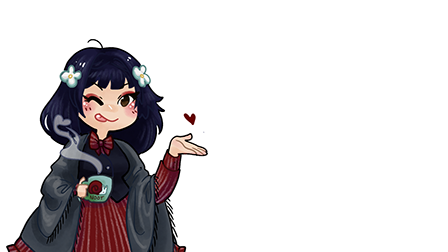